In recent times, the issue of the generational gap has been brought up time and time again. We talk about it in national politics, around the dinner table and with our friends. Is it something to do with cultural shifts? Is it mainly to do with how we see the world in different age groups? Maybe it’s the normal fact that things just change and evolve as we grow older. Whatever the cause of it is, we as parents know that it’s a big concern. We want our children to love and cherish parts of culture, as we do. They are, after all, the future custodians of our nation. One thing parents can do is teach their children history, through days out to historical attractions. London is a key point-of-interest.

Full Disclosure: This page may contain affiliate links. When you click on these links and buy something, I may earn a little commission but it does not affect you in any way. I only recommend products I myself love, know about and/or have purchased before. Some of the items may have been gifted to me as part of a collaboration to review but please note that all of the opinions are 100% my own 😊

When you look at the city of London, you rarely see obliques and other tall objects that nations like America, France and Spain often have. There’s a rather subdued nation about the UK and London is no different. But there is one such tall structure that stands high above the buildings. Nelson’s Column is a classical granite pillar, designed in the nature of ancient Greece.

Atop, stands the hero of England, Harioto Nelson. His most famous battle as a Royal Navy Admiral was the Battle of Trafalgar. He famously outwitted a French naval force and destroyed the Spanish and French ships even while being outnumbered. He died during the battle from a shot he sustained in his backbone. His column stands 169-feet tall in the center of Trafalgar Square. He is surrounded by four large bronze lions.

A wealth of knowledge

There are few places in the world that draw as much attention as the British Museum. The UK is already known to have some of, if not the, best museums in the world. This is a great opportunity for children to learn about art from around the world, as well as sculptures and history of other cultures and nations.

Once everything goes back to normal after lockdown and social distancing, you could enquire at your children’s school, whether they could take British Museum school trips. Learning about the incredible history of the earliest communities in human history will give your children an appreciation for the current state of civilization. It’s something that takes hundreds of years to build and then takes generation after generation to maintain. There are quite a generous school trip packages and deals that could be utilised to give kids a better well-rounded look at the timeline of human progression.

A marvel of architecture

St. Paul’s Cathedral is one of Europe’s largest places of worship and is a prime example of the cultural shift that took place in England in the 15th and 16th centuries. Britain transitioned from a Catholic nation to a Protestant nation. One of the things that changed significantly was the architecture. St. Paul’s Cathedral is made in the early-Protestant Anglican style, with large tall white walls, a dome and large archways. It also uses illusionist interior design, to bring scale and depth to the interior. These stupendous historical places are going to give your children a better understanding of the UK’s history and culture. It’s something you should encourage them to study in their own time as well.

The form you have selected does not exist. 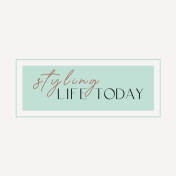 Hi guys and welcome to my Home & Lifestyle blog. I am here to help you create an organized, stylish & functional life. Here you will find all things related to home decor & interiors, cleaning, organizing, productivity, mom fashion and of course my undying love for Amazon! I hope you enjoy it all as much as I do!

What To Consider When Moving To A New Part of London

3 Myths About Home Organizers You Need To Know

5 Reasons Why You Need a Professional Organiser

This site uses Akismet to reduce spam. Learn how your comment data is processed.

Happy November! This is the perfect time to reflec

We had such a great time at the @crockbridgefarm a

Planning on the go and looking stylish with @offic

A new addition to my planner collection for 2023!

This website uses cookies to improve your experience while you navigate through the website. Out of these, the cookies that are categorized as necessary are stored on your browser as they are essential for the working of basic functionalities of the website. We also use third-party cookies that help us analyze and understand how you use this website. These cookies will be stored in your browser only with your consent. You also have the option to opt-out of these cookies. But opting out of some of these cookies may affect your browsing experience.
Necessary Always Enabled
Necessary cookies are absolutely essential for the website to function properly. This category only includes cookies that ensures basic functionalities and security features of the website. These cookies do not store any personal information.
Non-necessary
Any cookies that may not be particularly necessary for the website to function and is used specifically to collect user personal data via analytics, ads, other embedded contents are termed as non-necessary cookies. It is mandatory to procure user consent prior to running these cookies on your website.
SAVE & ACCEPT
error: Content is protected !!
Loading Comments...